Ruby Keller is the pseudonym for the honorary member of the International Guild of Artists, Peter Worswick. Born in 1960 in Lancashire, Worswick is an accomplished figurative painter whose artwork is highly sought-after.

With studios in both Lancashire and the Lake District, Peter finds inspiration from his surroundings. He has maintained a fresh approach to his painting by experimenting with new styles and techniques. In 2010, he first released a collection of works under the name of Ruby Keller with the agent Image Design. The name separates the artist’s figurative style from his charming wildlife and expressive floral paintings which he paints under ‘Ruby Keller Designs.’

This award-winning artist has exhibited throughout the UK, including Kensington Palace in London. Various styles of his work are held in private collections worldwide. 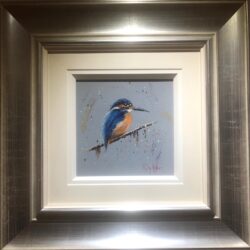 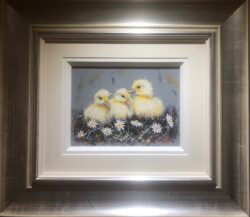