Hitch’in A Ride, Original Artwork by PF Bennett, is inspired by the song by Sinitta (1990) and the artist’s nostalgic memories of growing up in the North West.

This framed original work is a watercolour and pencil illustration by Lymm-based artist PF Bennett and is available to view at CLK Art. 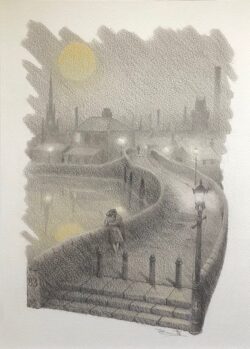 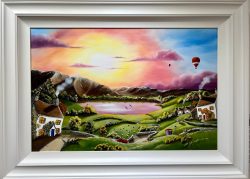 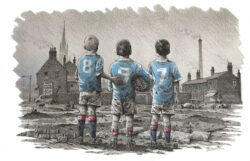