The Frailty of Hearts and Flowers Study by Fletcher Sibthorp, Framed Unique Edition

The Frailty of Hearts and Flowers Study is from the artist’s new ‘Elegance Collection’.

Fletcher Sibthorp is one of the UK’s most highly acclaimed, leading figurative artists.

Since graduating with an Honours Degree from Kingston University, Fletcher Sibthorp’s career has flourished with commissions for major artworks from prestigious companies such as BP, British Airways, British Telecom and Sony Records. His work has twice appeared on the cover of The Evening Standard and The Royal Shakespeare Company has commissioned Fletcher on a number of occasions. Moreover, the artist’s work has adorned the pages of biographies for both Bertrand Russell and Virginia Woolf and appeared on covers of numerous books and record albums.

In 2008, the artist was granted rare access to observe The Royal Ballet in rehearsal, culminating in the exclusive opportunity to observe and paint Darcey Bussell in her final rehearsals and performance. He was asked by the dancer to create a painting of her for P&O’s Azura, a cruise ship she is Godmother to. Together, Fletcher and Darcey collaborated to create a painting to hang in The Royal Ballet School in Richmond Park.

“I have really enjoyed working with Fletcher on several pieces. He understands the lines the dancer is trying to achieve instinctively. He is able to portray those lines, great physicality and movement in his paintings. I am very proud to have a painting of me by Fletcher Sibthorp hanging at the RBS, White Lodge.”

Sibthorp has been four times finalist of the International ARC salon, the largest painting competition in the world for Realism, having won ‘Best Nude Painting’, ‘Chairman’s Choice Award’ and an ‘honorable mention’ in the Figurative Category in 2013/2014 salon.

Since 1992, Fletcher’s work has been widely exhibited and many of his one-man shows are now held overseas in countries such as Japan and Hong Kong. His astoundingly successful exhibitions and book launch in Cork Street, London in March, 2005 and March 2006 saw his prices for major oils soar to over £20,000. 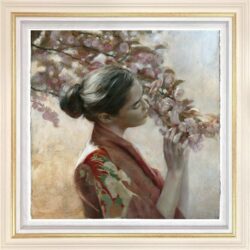 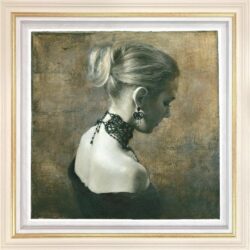 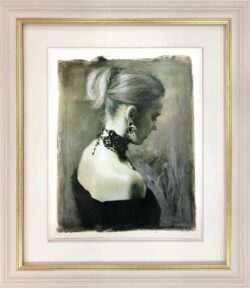